The plugin is missing. 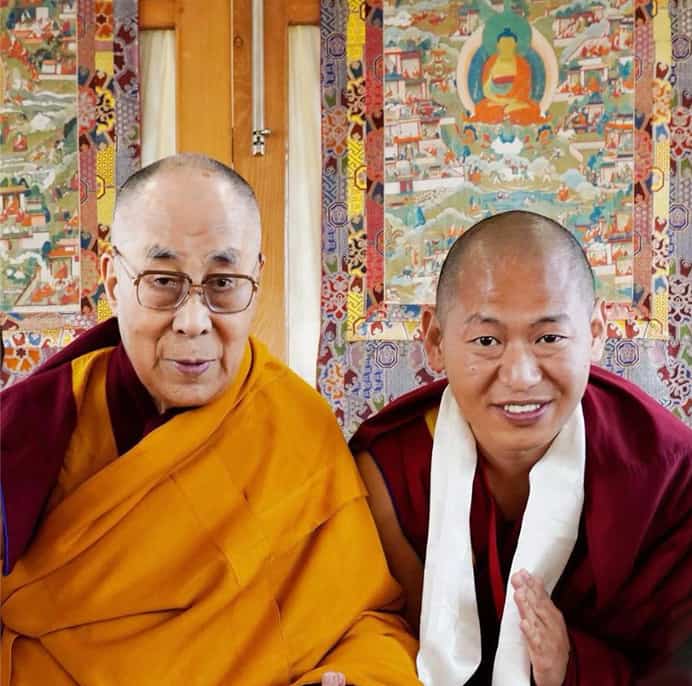 In a personally composed prayer to Palden Lhamo, HH the Dalai Lama XIV states, “Forsake me not, Ruler of the Three Realms, Sole Mother who has dominion over every conceivable appearance within saṃsāra and nirvāṇa.” Queen of the Desire-Realm, Palden Lhamo is a forceful incarnation of the goddess Sarasvati, and has been a pre-eminent protector deity since the time of Buddha Kāśyapa. HH Dalai Lama II, the great Gendun Gyatso, further stated that, “Sarasvati—herself the sole mother of all Buddhas past, present, and future—assumed this forceful form for the sake of subduing malevolent forces. I trust her and pray to her as a treasure-trove of compassion and a master of the ten stages of spiritual development.” The enlightened Vajradhara conferred the teachings of this protector deity to Saraha, the great spiritual adept, and gradually they were adopted in Tibet. She is the main protector deity of the lineage of the Dalai Lamas. Participation in her ritual propitiation brings increase to one’s wealth and freedom from ailments both mental and physical. It propagates one’s family and spread happiness throughout the land. It leads to a flourishing of one’s practice, dispels obstacles, and so on. This is our annual Bumtsok Puja dedicated to Palden Lhamo, which began last year. Devoted practitioners whose maintain their vows & other Dharma friends, please feel free to join us in this practice. 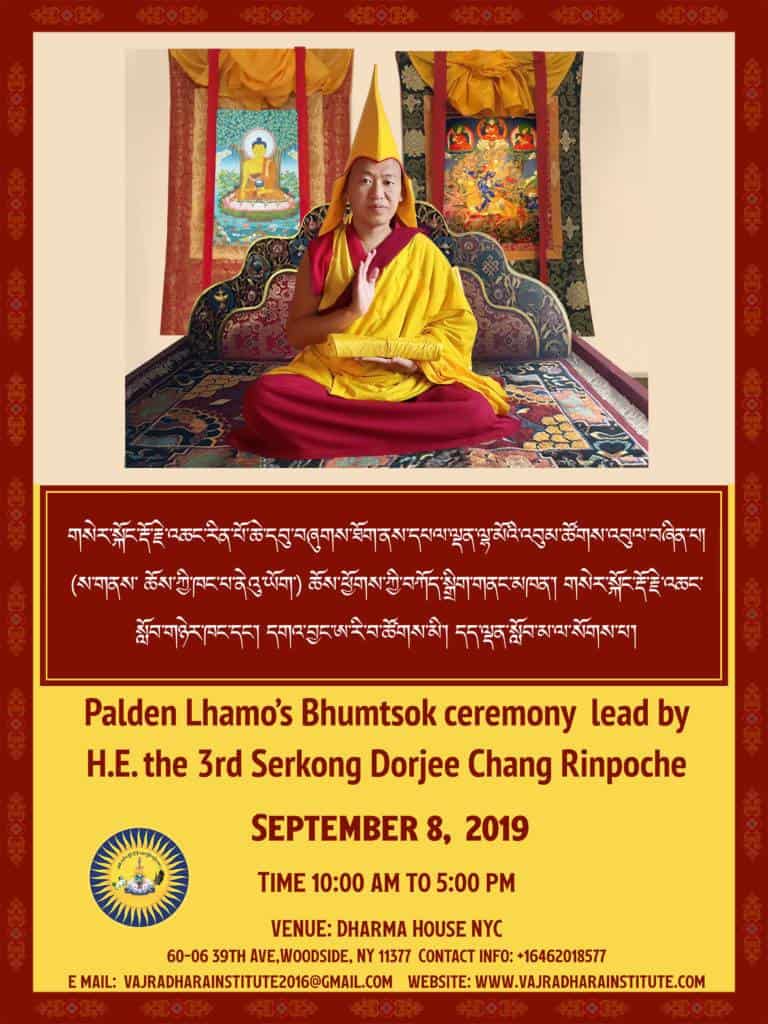